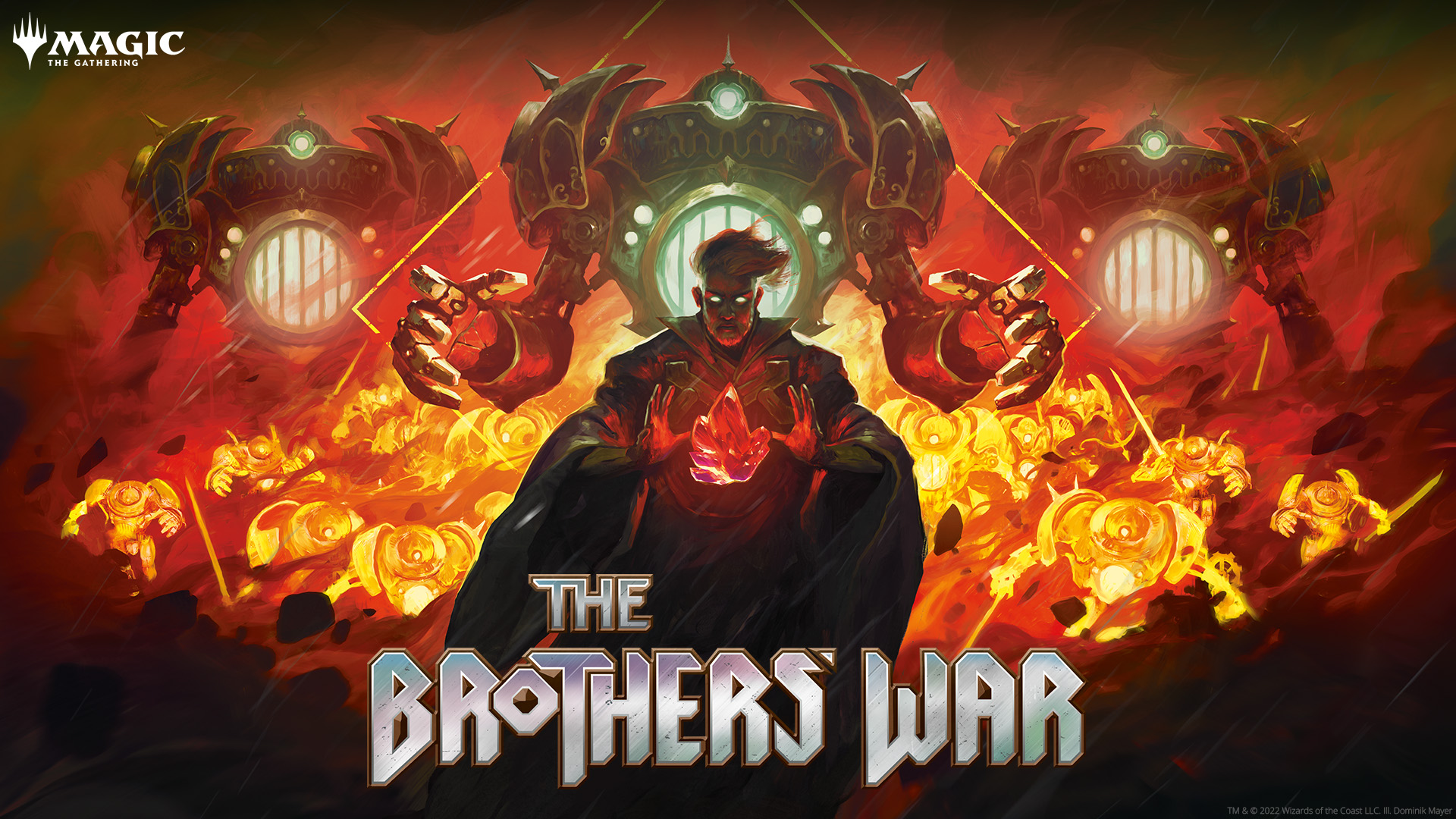 The Brothers’ War is designed as an “event set“, meaning that its mechanical structure is built around an event rather than a world. In this case, the set revolves around the story of the Brothers’ War, a major event in Magic’s timeline that was previously portrayed in the set Antiquities and various works of fiction such as the novel The Brothers’ War.[6][7]

The Brothers’ War contains 287 cards (), and includes randomly inserted premium versions of all cards. The regular cards include 10 full-art “mech” basic lands that showcase locations and the mechanical behemoths that battled in the war (#278-287).[8] Alternate card frames have a different card number than the original version.

Prerelease is a sealed tournament and has an entry fee of $29.99 plus tax. Prizes will be given out at the end of the tournament.